How to customize deal pipeline?

It's possible to customize the stages in the deal pipeline to reflect the stages you have in your CRM for instance.

To edit the stages: 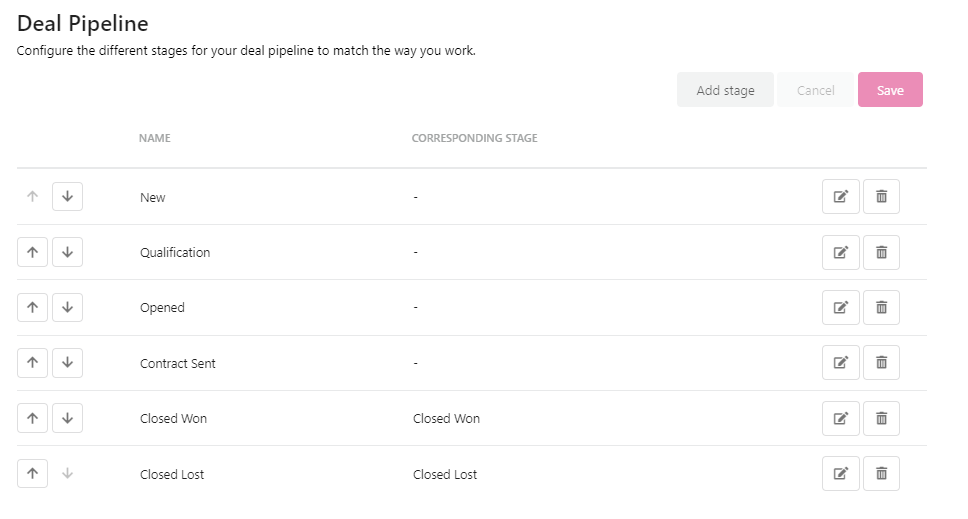 For here you can:

When editing stages you can define the Corresponding stage (Closed Lost in the example below): 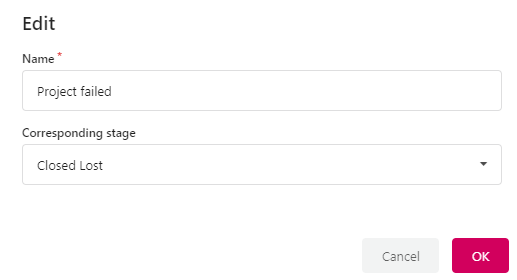 The corresponding stage can be either Closed Won or Closed Lost. This is used by Kiflo to compute KPIs on the number of deals won or lost. The Closed Won stage is also used to trigger rewards if you have defined some rewards on this trigger.

Did this answer your question? Thanks for the feedback There was a problem submitting your feedback. Please try again later.
Last updated on August 20, 2021